Is there a secret plan for downtown development? 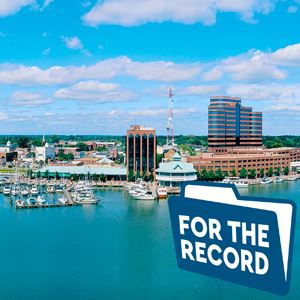 There's no secret plan, but the downtown area has been generating a lot of interest. Most recently, an experienced development group has submitted a proposal for downtown projects on several pieces of publicly owned land.

For the record, they would start by adding housing and a destination waterfront restaurant. They also plan a seafood market, which would tie in with the expansion of Virginia Tech's seafood and aquaculture research facility. The WVS Cos. and Saunders + Crouse Architects' proposal sees in Downtown Hampton the kind of lifestyle amenities and authenticity that make an urban area attractive, especially to millennials and baby boomers. The group would build along Settlers Landing Road and Wine Street to link the waterfront with Queens Way. The plan includes luxury apartments with rooftop decks.

The city is seeking feedback on the concept. No agreements have been reached on moving forward.

Q: Why was it just released?

A: The study and plan were just completed. Although the city, Hampton Redevelopment and Housing Authority and Economic Development Authority agreed in principal in September 2016 to work with the developer, it took time to sign the legal agreements and conduct the studies to identify market potential for residential and commercial development downtown. Once those studies were complete and shared with the city, Hampton officials began holding public meetings. Several boards have discussed the plan, and an open public meeting was held in July.

Q: What has this group developed?

A: WVS Cos. is experienced in developing, financing and managing mixed-use projects in urban areas, including Northern Virginia, Central Virginia, the Peninsula, and Roanoke. In the past 15 years, WVS has developed projects totaling more than $300 million. Burrell Saunders of Saunders+Crouse Architects has been the lead architect in millions of square feet of mixed-use projects, including Oyster Point (Newport News), Virginia Beach Town Center, Rocketts Landing (Richmond & Henrico County), Innsbrook (Henrico County), and The Bridges (Roanoke).

Q: What's the mix of residential vs. retail space?

Q: What's this about a Virginia Tech center?

A: Many people don't realize the Virginia Seafood Agricultural Research and Extension Center has been operating in a refurbished oyster processing building on the waterfront since 1975. With five faculty and three staff members, its mission is to create the most vital and current technologies and techniques in the seafood industry and to share that knowledge with the industry and partners who need it to succeed. The center needs a newer and larger facility to do more workforce training, and research into domestic seafood safety and security, economic development, conservation programming and food safety. Read more about the proposed facility.

Q: Where is the grocery store in the initial proposal?

A: The city's Economic Development Department has been pitching a variety of grocery operators for several years. All say there aren't enough people and enough spending in the downtown area yet for them to locate there. The developers' market study reinforced the belief that commercial development follows residential development, so it is critical to add rooftops to attract retail in downtown. The plan shows a grocery location in Phase II.

A: Apartment living suits the millennial generation, which has been slower than other groups to buy homes and tends to be more mobile. It also suits many baby boomers, who are downsizing and favor lifestyles that focus on walkable communities, social interaction and cultural amenities rather than suburban homes with lawns and maintenance.

Q: What will this cost?

A: WVS-Saunders+Crouse estimates the full plan will add 1 million square feet of development at an estimated cost of $150 million.