Hampton is getting a Sky Zone; now what about other entertainment and restaurant franchises? 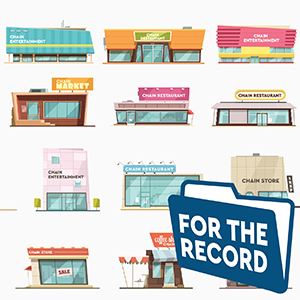 Those businesses have a blueprint for their success: Population, income, and spending. To get their attention, Hampton needs more people earning and spending more money.

For the record, this is why the city is focused on increasing:

That's not all. Hampton has some major advantages. We are rich in history, museums and beaches, and we're seeing strong growth in unique, non-chain restaurants, breweries and retailers that set us apart from other places. City economic development officials and property managers will continue to regularly reach out to popular destination establishments.

A: Sky Zone is a chain of indoor family entertainment centers that features numerous connected trampolines. Visitors can jump from one to another; play dodgeball or basketball; and jump into foam-filled pits. There are facilities for birthday parties or other groups. There are three currently in Virginia — Richmond, Fredericksburg and Northern Virginia — and more than 350 in the world. Based in Las Vegas, the company has been cited by Forbes Inc. and Franchise Times as a promising and fast-growing company.

Q: Where and when?

A: The 23,000-square-foot trampoline center will be at the back of the Peninsula Town Center, near the interstate. A groundbreaking ceremony was held Oct. 30. The building should be done this summer, officials predicted. At the ceremony, City Manager Mary Bunting noted that the trampoline center fills a niche in family entertainment, and will serve both residents and visitors. Peninsula Town Center owner Tabani Group has been positioning the property as a lifestyle center that offers more than shopping. At the groundbreaking, CEO Zaf Tabani noted, Sky Zone "is something you can't experience on Amazon."

Q: How big is the population problem?

A: Hampton Roads has about 1.7 million people and is the 37th most populous area of the country. As a region, we can attract big chains; however, more than two-thirds of those people live south of the Hampton Roads Bridge-Tunnel, so the popular chains are more likely to land there.

For example, Dave & Buster's and The Cheesecake Factory each have one site in Hampton Roads. They both selected Virginia Beach, which has a half-million residents and 6 million visitors annually. Each also has locations in Richmond, with 1.2 million people; and Northern Virginia, with 2.8 million people. Ikea recently announced a location in Hampton Roads and picked Norfolk, right in the center of the region and home to the world's largest Navy base. It's a place where people move frequently and need portable, flexible, inexpensive furniture. Hampton has about 140,000 residents.

Q: Is population the only factor?

A: Tourists and visitors can boost the economic impact of an area, because they are frequently eating out during their stay. For example, the Myrtle Beach area has 465,000 residents — and 28 times that many tourists annually. Woodbridge, Virginia, isn't as densely populated as the rest of Northern Virginia, but it's home to Potomac Mills, which gets 23 million visitors annually and counts itself as the largest tourist attraction in the state. As such, it was able to land a Cheesecake Factory.

Q: What about other metrics?

A: Many retailers and restaurant chains look for certain metrics — including population and income. They want to be able to draw from a 1-mile, 5-mile and 10-mile radius from their business. When you draw a circle around Hampton, about half of the area falls over water.

Businesses look at income statistics, but they don't always reflect true buying power. For example, military families may have lower salaries, but they also get housing allowances and other benefits. College students don't show income, but many have spending money. Hampton is working to build and share a demographic profile that better reflects our city's actual economics.

Q: Are there alternatives to the big chains?

A: Yes. Some people may flock to national restaurants that are familiar, but not everyone wants that. Increasingly, studies show, many people are looking for unique places with character. Hampton has a number of restaurants that are locally owned, and that number is growing. Those owners see that the potential market in Hampton goes beyond the statistics. Many of the downtown restaurants have great online reviews and are getting attention regionally and throughout the state.

Since opening The Barking Dog, its owners have opened two more restaurants in Hampton and are working on two more. The owner of Marker 20 and Venture recently added Brown Chicken Brown Cow just a few doors down. The savvy women of Mango Mango market their preserves nationally and have added a restaurant and catering business, a boutique inn and a salon. Paradise Ocean Club is a draw for both families and singles. Hampton now has three breweries, with more in the works. The Vanguard owners decided the old Armory building was such a treasure that they built a business plan around it, with a brewery-distillery-restaurant-concert venue. And the city will soon see its first cidery, in Phoebus. Hampton's Economic Development Authority has helped encourage many of those investments by providing technical assistance and access to grant programs.

All of that has tremendous draw, says a developer interested in downtown Hampton. The market is swinging in favor of authenticity, defined as "unique architecture, history, local (not chain) stores and restaurants, cultural amenities (museums, art, concerts), diversity," according to the WVS Cos. and Saunders & Crouse.

Q: Are there popular places that do locate in smaller cities?

A: Hampton has attracted a number of new chain grocers, with Lidl and Aldi both opening recently. At Home has opened, and more stores are planned for Riverdale shopping center as it's redeveloped into Riverpointe. Smashburger, Sweet Teas, Panda Express, Mission BBQ, First Watch, and Mi Pi have all opened in Peninsula Town Center, and Mooyah opened in Coliseum Crossing.