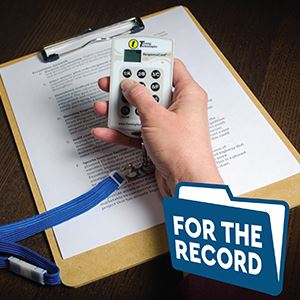 In most cities, developing a city budget is an internal process, and residents can't weigh in until formal public hearings are held before a city council.

For the record, Mary Bunting opened up the process when she became Hampton's city manager. Getting input on the front end, as the budget is being developed, allows residents to discuss what programs and services they value most.

Input isn't about line-items and numbers. In Hampton, residents are asked about how the city is doing, which services need to be increased, and which can be trimmed back. The process, called I Value, has been recognized nationally for innovation, transparency and use of technology.

A: Actually, it's less susceptible than the traditional process. If 40 people give their opinions at a public hearing, and 10 of them are organized to seek support for a program or cause, Council hears that 25 percent support that cause. Most years, more than 1,000 people give their views during I Value. That can counteract a small organized group representing a special interest.

Or let's say that we all have special interests: PTA moms, soccer dads, Neighborhood Watch groups, business leaders, environmental groups, senior citizens, etc. We all get the same chance to speak out and have the same input. In a public hearing, we'd probably only speak about our single top interest. Under I Value, we are asked about other services we care about. The I Value meetings and surveys include nearly 50 questions about various city services and programs.

Q: Didn't this begin as a reaction to the recession? It's over.

A: It did. The first "I Value" budget was for fiscal year 2011. The budget was cut by 5 percent. Although some residents weren't thrilled, they understood. More than 1,000 participated in the meetings and polls.

Q: Isn't this just a ploy to raise tax rates?

A: Property taxes were raised once, for FY14. It wasn't an easy decision, but given the choice of severe cuts to parks, libraries, schools, public works, police and more, residents indicated a willingness to raise rates and restore the tax levels to basically what they were before home values dropped. When tax rates were an issue — and serious cuts were considered — the I Value participation rate rose to nearly 5,000 people.

Raising taxes is a last resort. City revenues have declined for several years. Even though they've been up slightly for each of the past four years, they aren't growing at the rate of inflation. Just maintaining the services residents now have takes a little more money each year.

Q: Isn't the recession over?

A: What residents will see this year is that the city revenues since that first year — based on the budget before I Value — are still behind the inflation rate. Some city departments have been cut pretty dramatically, with some streamlining and internal reorganizations. Some services have been reduced or take longer to complete. But the services residents indicated were their top priority have increased in spending beyond that inflationary level: the city has added firefighter-medics and police officers, as well as new technology related to solving crimes.

Q: What do you mean this process has won awards?