Is the city moving forward with a plan to build an Aquatics Center? 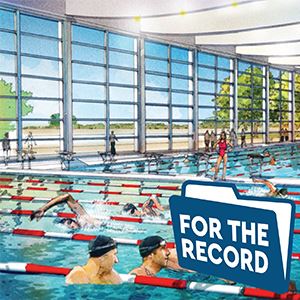 A company has submitted a bid to build an aquatics center for the city. The bid uses a special process set up by a state law called the Public Private Education Facilities and Infrastructure Act of 2002.

For the record, Hampton has decided to move forward with the process. That does not mean we are accepting the bid or building exactly what was proposed. It means the city is interested in seeing whether this or another company can build an aquatics center – approved previously by City Council – that will deliver the features the city wants for residents and tourists at an acceptable price.

Next step: The city will provide public notices that this company has submitted a proposal and invite other vendors to submit proposals. We can accept any one of those, move a step further with multiple proposals, request modifications, or reject all proposals.

Q: Why was this process created?

A: It was set up by the General Assembly to allow a public entity to enter into public-private partnerships for the development of certain qualifying public use projects:

Q: Why is the city going forward? Does this mean we will build the aquatics center?

A: It doesn’t mean the facility will be built, or that this company will be the one to build it. It opens the door for other vendors to submit competing proposals. The city will then choose whether to move forward with one or more of those proposals.

Q: How much would it cost?

A: That will depend on the proposals submitted during the PPEA process, the facility design, and ultimately whether the city chooses to move forward with a facility.

Q: So, can this deal be done in secret?

A: No. Before the city enters into an agreement, a public hearing would be held. There would be a public posting with a summary of proposals, a copy of the proposals (minus trade secrets, financial records); and the analyses of the proposals.

Q: Can we see the proposal?

A: Many of the details are posted online at hampton.gov/aquaticsproposal. Proprietary information and financial details are not included.

Q: Would this facility be for tourists or residents?

A: Both. Hampton currently has two municipal pools but they do not support all the needs of the community, such as hosting high school and recreational team swim practices and meets. When City Council began considering the construction of a new facility to replace the former Old Hampton Community Center pool, the goal was to build a facility that could serve residents and provide an economic benefit to the city by hosting competitive meets. Another stated community goal is to get sufficient pool deck space to teach all Hampton youth water safety and provide first swim lessons free.

Q: How would it be paid for?

Q: Do we really need a new pool?

A: We have some preliminary results from this year’s citizen satisfaction survey, a statistically significant random poll of residents. Of all the Parks, Recreation & Leisure Services Department facilities, the residents of Hampton are the least happy with the pools. Satisfaction was only 69 percent, compared to 83 percent for beaches, 83 percent for community centers and 90 percent for parks.